Your strong partner
for digital solutions

The KGU group of companies

We are a consulting and software development company headquartered in Flensburg, Germany. We primarily help manufacturing companies to design and implement software-based information and communication systems. We focus on the areas of technical documentation (TechPub) and product lifecycle management (PLM).

The synergy from the areas of technical documentation and PLM projects makes us a particularly strong partner when it comes to implementing and supporting PLM-based editing systems.

Our KGU PLM Services GmbH helps companies to design PLM solutions (from requirement specification to target specification) and implement these solutions (project planning and management). We also specialise in developing solutions in Teamcenter®.

Our KGU TechPub Services GmbH supports technical editing as part of a holistic PLM strategy in the design and implementation of digital solutions for creating sophisticated product documentation for innovative media using standards.

Our KGU UB&S GmbH helps small and medium-sized companies to set up and optimise their organisation and processes. With our team of experienced experts, we also offer practical services for a company’s commercial success. Another important service is external software development by our nearshoring team.

KGU-Consulting GmbH was founded on 1 July 2002 by Mr Günter and Mr Hach and was initially a logical continuation of Klaus Günter’s IT consulting and project activities in the PLM environment at Danfoss Drives and Sauer-Danfoss. Mr Günter’s initials (KGU) were used to name the company. Together, Mr Günter and Mr Hach developed PLM solutions based on Teamcenter-Enterprise (Metaphase) for product development and manufacturing companies.

PLM stands for product lifecycle management and refers to a strategy and methods for handling product data that is created and consumed over the course of a product’s life. PLM systems like Teamcenter®, are software solutions that are used to convert companies’ PLM strategies into digital solutions. 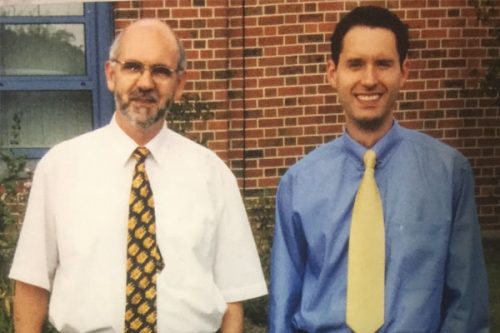 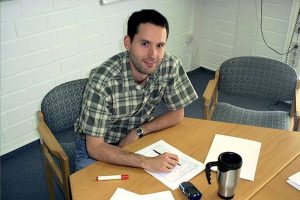 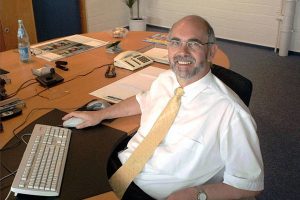 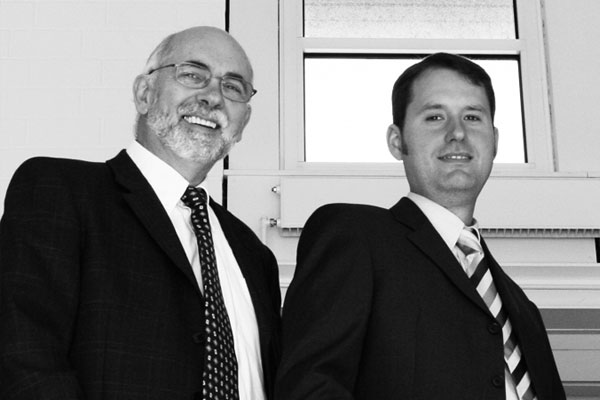 KGU-Consulting (KGU for short) analysed the PLM strategies and needs of manufacturing companies accordingly, developed concepts for implementation and implemented them in Teamcenter through configuration and software adjustments (customising). Internal software products were also developed early on as an extension to Teamcenter-Enterprise and were marketed by KGU. These included KGU-Configure, a configurator for creating product versions, and KGU-Classify for classifying and finding standard parts.

As early as 2003, KGU started developing a Teamcenter-based technical editing system, drawing on experience from a customer project. The software was partially taken over by UGS (Siemens today) in 2006 and marketed under the name Teamcenter Content Management.

In 2013, KGU – under the leadership of Heiko Günter – released a revised version of the technical editing system called TechPub Studio®, which was partly based on Teamcenter Content Management and was fully integrated into Teamcenter. Since 2015, the TechPub Studio® solution has been marketed worldwide by Siemens Digital Industries Software under an OEM agreement under the name Teamcenter Technical Publishing.

In 2004, Mr Schmidt became a KGU partner as well as part of the management team as Commercial Director. In 2011, he became Commercial Chief Executive Officer. In 2015, Mr Klaus Günter retired. KGU has since been managed by Mr Hach and Mr Schmidt.

In May 2021, the foundation of KGU TechPub Services GmbH followed with the aim of providing independent services for technical writing. The focus of KGU-Consulting GmbH is increasingly directed towards the development of our TechPub Studio® product and the support of partners. It empowers partners for sales and customer-specific realization of TechPub Studio® solutions.

The companies act independently and focus on their own missions. Together, we use synergies to strengthen each other.

Our TechPub Studio is a technical editing system based on Teamcenter® for creating sophisticated product documentation. As a component content management system, it is based on the single-source and cross-media publishing principles. It also facilitates integrated work in the product development process with direct access to product data.

The company offers software solutions for digital product development and production planning. There are also other solutions that complete a PLM strategy. Teamcenter® is a system for managing product data and many of our solutions are based on this. KGU-Consulting GmbH is a services and solutions partner of Siemens Digital Industries Software.

KGU UB&S has a 25% stake in LMtec DOO in Serbia and offers software development services from there. Our team in Serbia is also specialised in solution development in Teamcenter® and TechPub Studio® (TPS) and is involved in the development of our TPS product.

Together, we want to create real added value for our customers with the help of software solutions, and we want to use digitalisation as an opportunity for innovation and competitiveness.

That’s why PLM is also an important building block for successful, digital transformation that will benefit society as a whole.

We want to be part of this transformation and help our customers to develop successful concepts to implement their PLM strategy and make this a reality. The entire project team is important to us. We are therefore continuously developing our project methodology and solution templates in order to give our customers transparency and planning security for implementation and to offer the team a framework for successful work.

Technical editing plays an important role in the PLM process. It provides the product documentation that is needed during the life cycle of a product. We therefore want to make technical editing the focal point of a holistic PLM strategy and – with our solutions – help to ensure that it is optimally integrated into product development processes and systems. Together with our customers, we want to continue to develop the application fields in Teamcenter® and thus implement system solutions for holistic process support.

Despite all the progress and change, personal interaction is important to us. As an employer, we see it as our social responsibility to use technological progress for the individual needs of our employees and, where appropriate, to make flexible working a possibility. At the same time, socialising is important to us as this is where encounters and exchanges can take place. We believe that, as social beings, we need these kinds of encounters and that exchange is an opportunity for innovation and to learn from one another. This also applies when it comes to working with our customers.

20 years of KGU - welcome to the party

Do you have a specific question about our services or a concern we can help you with?
Contact us now at:

Manage cookie consent for kgu-group.com
To provide the best experiences, we use technologies like cookies to store and/or access device information. Consenting to these technologies will allow us to process data such as browsing behavior or unique IDs on this site. Not consenting or withdrawing consent, may adversely affect certain features and functions.
Manage options Manage services Manage vendors Read more about these purposes
View settings
{title} {title} {title}